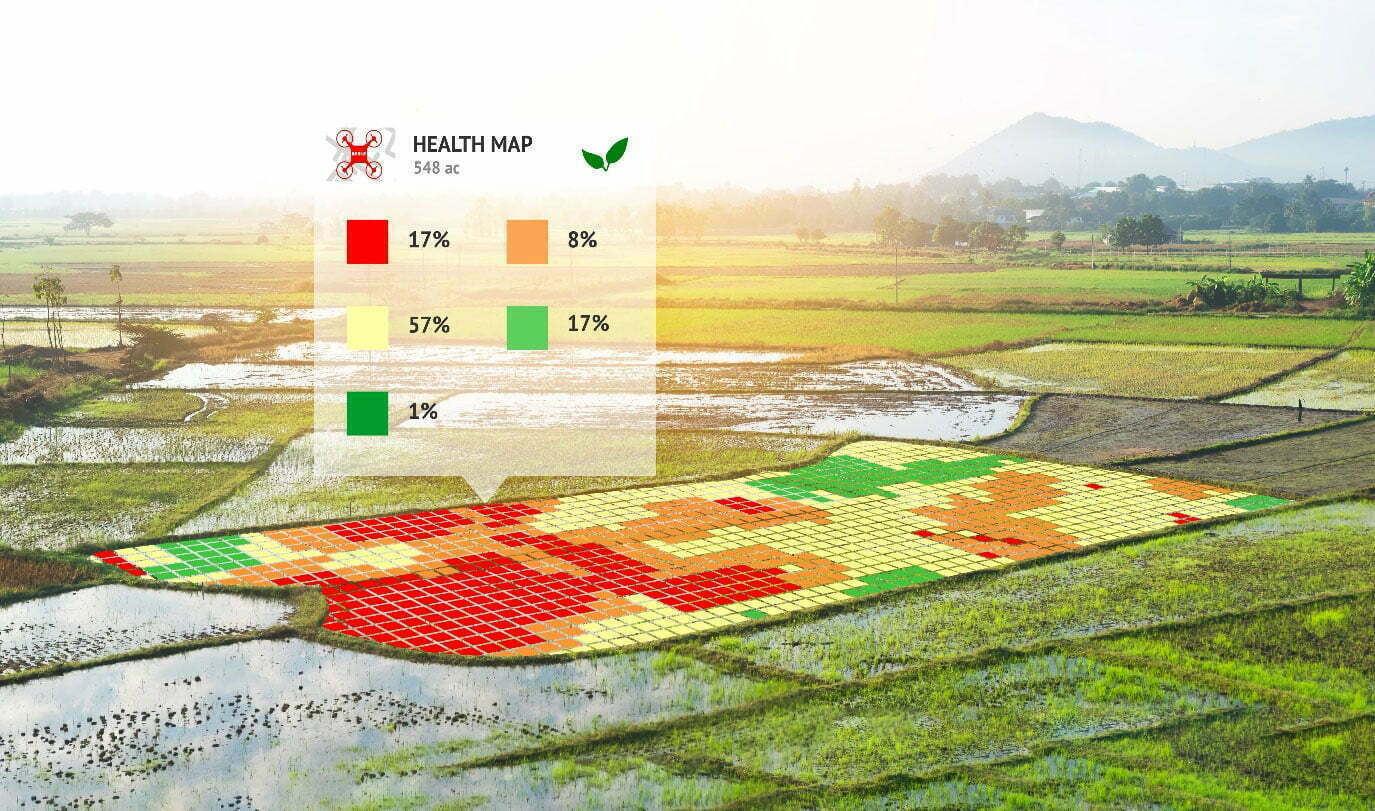 The process and Introduction

Precision agriculture is the third green wave in terms of evolutionary agriculture.

From the beginning of agriculture, about 9-10,000 (BC) to about the 1800s, most farming was subsistence farming; families were the farmers, and they subsisted off their farm’s production.  This included selling excess in the marketplace; the estimate at this time was that a farm could feed about 2-3 people/acre.  Until the Industrial Revolution, agriculture had been very labor-intensive.  With the advent of machined farm tools, automation gradually began as early as the 1700s.  As the Industrial Revolution picked up the pace, farming became less labor-intensive and became increasingly industrial.  In the early 1900s, the internal combustion machines began to replace animal power.

The first wave of modern agriculture was the mechanization of agriculture from 1900 to 1930.  At this time, each farmer produced enough food to feed about 26 people/acre, a dramatic increase over the 2-3 people/acre for the past several thousand years.  The second wave came in the 1960s; this was the Green Wave.  It began with the genetic modification of crops and improved fertilization, leading to each farmer feeding about 155 people/acre.  The third wave is precision agriculture; with advances in plant genetics and sensors, the average per acre yield is expected to increase to 265 people/acre.  As the mechanization of farming was built on the Industrial Revolution and the mass production of quality farm tools and equipment, Precision Agriculture is built on the Technological Revolution with wireless sensors, data, and decision support systems.

Precision agriculture is a holistic farming management system built on a decision support architecture.  It begins with crop production, consisting of three elements soil, crops, and weather.  Across any piece of ground, these three are not the same; the soil is inconsistent in terms of moisture and chemical content.  The crop’s performance is unpredictable due to the inherent variables in soil, moisture, and other factors.  The weather is inconsistent due to the field’s weather microclimate and other variables.  Precision agriculture includes the data that drives the harvest time, transportation, and storage of crops.  It is an instrumented system that begins with sensor-driven soil preparation and ends with the delivery of produce to the food processor and to the consumer.

Technology enables the decision support system that makes Precision Agriculture work.  As the Industrial Revolution brought the tools and machines that improved farming efficiencies and reduced labor and other costs, technology also brings precision agriculture sensors, networks, and data analytics.  The technology is instrumented weather information and monitoring soil and crop health throughout the growing lifecycle.  These are also the sensor inputs that determine optimal harvest time and the information that maintains optimal grain storage.  These technologies are the foundation for the decision support system that defines Precision Agriculture.

CommTech Systems is a systems integrator that follows the system engineering process.  Precision Agriculture is a system of systems, from crop planting to harvesting, to transportation and storage.  Each of these are phases in the production cycle; each cycle is dependent on sensors, a data support infrastructure, data collection, storage, and analysis.  The decision support system is entirely reliant on the collection infrastructure.  For these systems to work, there needs to be a design architecture supported by the system engineering process; that is what CommTech Systems does.